Do you have a child who just started learning the clarinet? Do you teach clarinet lessons and get a lot of young players just starting out? Do you teach the beginning band or orchestra at a school? One of the very best ways to get a young clarinet player excited about learning a musical instrument like the clarinet is to get them playing songs that they like, know, or can at least recognize.

It is important that the student owns a book of songs that they enjoy playing in addition to the method book prescribed by the child’s school or private teacher because that helps them get (and stay) excited about music! Odds are if they chose to start playing the clarinet, they want to play some of these songs. Maybe they heard something from a movie that was played on the clarinet, or just a melody that they liked, and it made them want to pick up a musical instrument.

A growing number of books for beginning players include simple recognizable songs that teach the child how to play. These books are especially great because children are excited to practice them. These books also tend to be recommended by schools and private teachers for their beginning students. There are a ton of books of sheet music available at music stores with the music of Harry Potter, Lord of the Rings, Star Wars, Disney, and more. They are typically on the easier side, but some books will require the player to have a year or two of playing under their belt before they will be able to tackle the tougher songs in them.

If you are the parent of a child just beginning to play the clarinet, you already know what music they like! You can ask their music teacher for suggestions on which books to buy and what level of book is appropriate.

If you are a private teacher or schoolteacher, take an interest in your students and talk to their parents. Figure out what music they like to listen to and see if you can recommend one of these books for them to purchase. Make sure you take into account how advanced they are so that you aren’t recommending them a book that will be too hard. Nothing is more frustrating than seeing a song that you really like and not being able to play it!

What follows is a list of music books from various genres. It is by no means an exhaustive list, there are plenty more. If there is a certain movie or genre not included on this list, search for it on Amazon – it’s very likely that something is out there!

This book is a must-have for Star Wars fans! This book holds some of the most well-known songs from the first 6 films, all written by John Williams and arranged for the level 2-3 player. Every book comes with a CD that contains a version of each song played by your instrument, and a second track with just the accompaniment so you can play along! There is also a book available with the accompaniment written for piano so that you can play with a pianist – but make sure you know which book to get. There are different accompaniment books for string and wind players.

Included are such hits as “The Imperial March” (the iconic Darth Vader’s Theme), the royal “The Throne Room,” Anakin and Padme’s love theme “Across The Stars,” and, of course, the Star Wars main theme! This book does not include music from the movies since Disney has acquired the franchise – just music from the first 6 movies.

For Star Wars fans that are looking for music from the most recent films – the films after Disney acquired the franchise – this is the book for you! This book features music from The Force Awakens. For players level 2-3 and above, this books also contains access to an online audio demonstration of every track included, like many of the other books on this list, and features such hits as “Rey’s Theme,” “March of the Resistance,” “The Jedi Steps and Finale,” and much more!

The Harry Potter series by J.K. Rowling took the world by storm, and when the first movies came out, John Williams wrote the perfect music to capture the magical world and make you feel like you’re right there at Hogwarts! Many people don’t know that John Williams is not the only composer to write music for the Harry Potter movies – though he was the first.

This book is for players at least level 2-3, so it may not be perfect for someone just starting out, but the reviews rave that this book really gets kids excited about practicing and playing their instrument! Included are John William’s signature and magical Harry Potter tunes, “Hedwig’s Theme,” “Fawkes the Phoenix,” “Leaving Hogwarts,” Patrick Doyle’s beautiful “Hogwarts Hymn,” Nicholas Hooper’s electrifying “Wizard Wheezes,” and Alexandre Desplat’s haunting “Lily’s Theme,” and more!

The Big Book of Disney Songs

Just as the Harry Potter book is great for fans of Harry Potter, The Big Book of Disney Songs is perfect for people that love the music of Disney. T book has received several reviews stating that it is not for the first-year beginner player. It has some slightly more advanced key signatures and tricky rhythms (often found in popular music). It’s possible that the talented and advanced player might be able to play some music out of this book without a full year of playing, but it may be best to hold off a year to make sure nobody is getting frustrated, unable to play his or her favorite Disney songs.

One thing to note is that this book is of pre-2012 Disney movies – there won’t be music from Frozen, Moana, or other more recent movies inside this particular book. Included in this are such hits as “Under the Sea” (The Little Mermaid), “Trashin’ the Camp” (Tarzan), “Can You Feel The Love Tonight” (The Lion King), “Beauty and the Beast” (Beauty and the Beast), “Scales and Arpeggios” (The Aristocats) “The Bare Necessities” (The Jungle Book), and so much more!

Songs from Frozen, Tangled, and Enchanted

For Disney fans looking for music from more recent films, this might be the book for you! This book includes music from Frozen, Tangled, and Enchanted. This book includes digital audio demonstrations of each song in the book that can be found online instead of a CD. Some of the hits included are: “Do You Want to Build A Snowman,” “Happy Working Song,” “When Will My Life Begin,” and, of course, “Let it Go”.

This book includes some of the top tracks from one of Disney’s latest hits, Moana! Like the other book of recent Disney music, it comes with online access to audio demonstrations of every song in the book instead of a CD like some of the other books on this list. “How Far I’ll Go,” “You’re Welcome,” and “Shiny” are all found in this book, along with several others. A sure way to get a child who loves Moana excited about practicing the clarinet!

This book is a perfect book of tunes for beginners! It has a bit of music that everyone can enjoy – from famous pop tunes both new and old to hits from some of the most acclaimed musicals. Included with each tune are lyrics and chord symbols so somebody could sing along or play along on the piano.

A sampling of what you will find in this book includes: Coldplay’s “Viva la Vida,” Elvis Presley’s “Can’t Help Falling In Love,” “My Favorite Things” and the title track from The Sound of Music, The Beatles’ “In My Life,” and many, many more! There are 50 tunes in total, follow the link and click the preview to see a list of all the music that is included in this book.

The Big Book of Christmas Songs

Sure, it can only be played during one season of the year, but who doesn’t love Christmas music? The difficulty of the songs included ranges from beginner to intermediate and advanced, so it’s a great book for beginning clarinet players of every level – they can pull it out each year and see how much more they can play out of it!

Buying the paper copy (rather than the Kindle version) is recommended because many of the songs span multiple pages, making Kindle use more difficult (but the user that brought that up still really loved the book). The Big Book of Christmas Songs includes contemporary as well as traditional Christmas songs such as: “All I Want For Christmas Is You,” “Blue Christmas,” “Away In A Manger,” “Frosty The Snowman,” “Grandma Got Run Over By A Reindeer,” “Feliz Navidad,” “Go Tell It On The Mountain,” and much more!

The Lord of the Rings Instrumental Solos

This book includes music from all three Lord of the Rings movies and a demo CD with performance tracks and play along tracks. Additionally, piano accompaniment is included so that the music can be played with clarinet and piano together! The music is arranged for the level 2-3 player, though a number of reviews say that this book can be appropriate for some players who have just started out as well. This book includes 12 songs, including the famous theme “Concerning Hobbits,” “The Black Rider,” “Gollum’s Song,” and more.

One of the most common Amazon reviews consistent from book to book is how excited the music makes their child to practice, and how fun it is to hear them playing music that inspires them. After all, kids often are drawn to music because they want to play things they know and love at first, making themusic more fun for them. 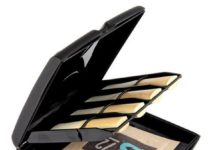 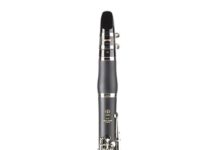 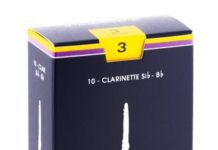